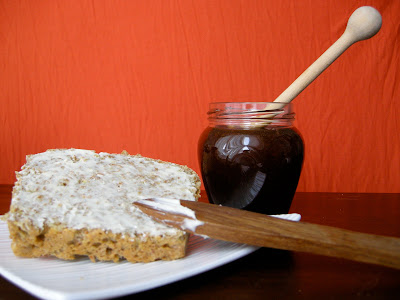 I'm not a bread fanatic. You know, one of those people who claims they could live on nothing but bread. I don't get it. I like bread. I've had amazing bread. I've even made some pretty amazing bread. But, really, isn't bread a buttery-delivery vehicle? Now, bread and butter, that's another story. And honey, mmmm. Don't even get me started on cheese. Occasionally I'll make a meal of a nice baguette and some stinky cheese. Maybe I do love bread after all.

Bread did form a huge part of my diet for the month I spent in Belfast. I was working, so I didn't have a lot of time to eat out, but I didn't find the food scene to be the most inspiring. I don't think I ever got over the shock of being told to buy my groceries at the gas station. Now, it was a proper little grocery store with produce, nothing like the stores attached to gas stations here, but still. A few times I walked 3 or 4 kilometres to Marks and Spencer, or to another large store, but I usually didn't have time. And, if groceries at the gas station weren't strange enough, they had Tim Horton's coffee and donuts! Yes, I know that Timmy's has taken the apostrophe out of their name, but I'm a bit of a stickler that way. It wasn't regular Tim's coffee, though. It was a machine that made lattes and other fake, frothy looking things. The donuts were plastic-wrapped. I didn't try either of them. Just knowing it was there was enough. For my non-Canadian readers, Tim Horton's is a nationwide chain of coffee shops. It's cheap, and many Canadians need a cup of Timmy's to start their day.

So what did I eat? Bread, of course! Wasn't that the whole point of this meandering post? Store-bought, wheaten bread, toasted and slathered with butter and honey. And I drank lots of tea. This is what I had for breakfast and dinner (and occasionally at 3 in the morning too, because you'll feel better in the morning if you eat something to absorb all that liquid in your stomach). 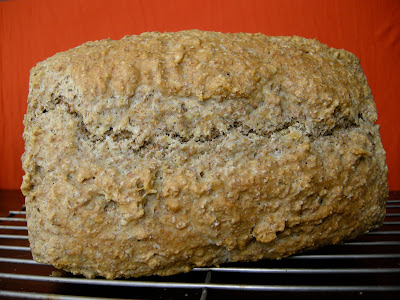 When it was time to think about leaving, I got a bit panicky. I needed a good recipe for wheaten bread, and fast. Luckily I had a group of Irish trainees to supply recipes, and I came home with one, and a large bag of coarsely ground whole wheat flour. I made it often when I first came back, and still make it every couple of months.

This is the recipe I've been making most often. It's adapted from the back of a bag of Odlum's Stoneground Coarse Wholemeal.

Whisk dry ingredients together in a large bowl. Cut butter in until it resembles coarse crumbs. Whisk egg and buttermilk together and pour over dry ingredients. Mix quickly and as little as possible. Turn into the greased pan and make a slash down the centre. The dough will be quite sticky. Don't worry about it. Make a lengthwise slash down the centre with a sharp knife and bake for 1¼ to 1½ hours, until the bottom sounds hollow when tapped. Turn out onto a rack, and wrap in a tea towel if you like the crust soft.
Eat with butter and honey. This bread doesn't keep well, so I usually slice and freeze it, and toast the frozen slices.
Yield: 1 dense, craggy, cakey loaf. 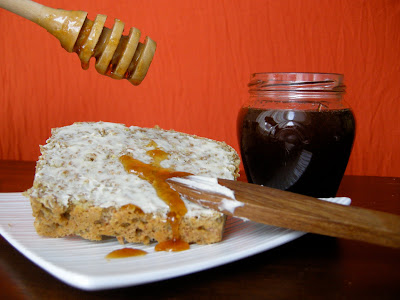 I always serve this with ginger honey, which is just honey that I've stirred finely grated fresh ginger into. I use my rasp. This stuff keeps forever at room temperature and never crystallizes. It's amazing on pretty much anything.
Posted by Mary at 12:11 AM

Thanks for the recipe Mary, it looks easy enough for me to make once I get a hold of that special flour....

You might want to wait till I get home and check the recipe. That one's from memory, so probably not to be trusted!